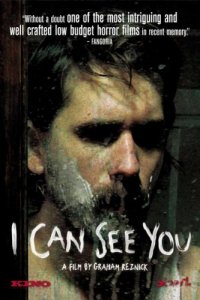 Doug, Richards, and Kimble are three scruffy young men trying to start a new ad agency in NYC. Doug’s girlfriend, Sonia, has scored them a gig with her employer, big-time cleaning product manufacturer Clara Clean, whose products may or may not be involved in ecological damage and de-forestation. Suffering from a lack of clarity in both their artistic vision and their stock photos, the three men decide that camping in the woods to get back to nature is just the ticket, so they head out of town, Sonia in tow, to the countryside where Richards grew up. Once there, Richards attempts to take some photos of nature’s grandeur, but the photos are marred by mysterious wisps of smoke, which seem to be invisible to the naked eye. That night, some old friends of Richards are invited to the camp for a barbecue, and he hooks up with his old flame, Summer Day. The next day, Doug and Summer disappear after a swim, which leads Richards to fear the worst. When Doug shows up that night without Summer and with a bad case of the crazies, things really go bonkers.

So, this movie is about as good as mini-micro-budget filmmaking can get, which, turns out, is pretty goddamn good. This thing starts out weird, and gets to be positively batshit crazy by the end. Nevertheless, it is consistently compelling, and features some genuinely creepy and jarring visuals and editing. The acting is better than one might expect at this price-point (including a great performance from indie guru and producer Larry Fessenden in a small but pivotal role), and the lack of production value really only adds to the lo-fi nuthouse vibe. The whole thing is reminiscent of something you might find in the “weird part of YouTube”, but holds up surprisingly well as a feature-length film. I really don’t want to say anything more about it, so just go watch it.

Lou (Natasha Lyonne) and Sadie (Chloe Sevigny) are super-skanky junkies who like to party with pimp/drug dealer Gabriel. After a night of drug-fueled partying, Lou begins to show symptoms of pregnancy, even though she is sure she hasn’t had sex in months, which nobody believes because she is a total ho. Over the next few days, during which she continues drinking heroic amounts of alcohol and sucking on a huge bong, her symptoms become increasingly, and disgustingly, bizarre. She is befriended by Lorna (Meg Tilly!), who talks about aliens and weird abuse at the hands of the government. As they investigate Lou’s condition, they learn of a shadowy rich benefactor to Gabriel, who is getting girls from him in exchange for a strange new drug, which may have been given to Lou at their last party. What happened to Lou at this party? And why is Sadie spending so much time with Gabriel? Does she know more than she is letting on?

This, right here, is the shit. This is a motherfucking horror movie right here. Natasha Lyonne gives a fantastic performance as the tragicomic Lou, whose drug-laden body horror seems as much an extension of her terrible life choices as it does the result of some mysterious conspiracy. This movie is filled with bizarre characters and happenings, but they flow naturally from circumstances, never seeming like weirdness for weirdness’s sake. She views her increasingly desperate situation as just one more shitty thing that’s happened to her in her already shitty life. Even Lorna, her protector and advocate, is a freakin’ loon. It’s all just another day in the life in the seventh circle of hell that is thug life in Michigan. This is one of the most fucked up movies I’ve seen in a long time, and it is glorious.

A couple go up to the roof of a council high-rise to make out. Mid-snog, they suddenly start attacking each other for no apparent reason, and they both end up dead. The next day a new tenant, cutie-pie Sarah, arrives. Of course the building is shitty and full of squatters, because socialism. Sarah finds out from some friendly neighbors that she’s moving into the “murder flat”, and that the building is, of course, haunted. Soon, tenants start showing up on the antique TVs that are scattered throughout the building and start behaving very strangely and the whole building turns into a big zombie death- and fuck-fest. And then things get weird.

As you may have guessed from the word choices, this is British. That’s not terribly relevant, but I thought I’d mention it. Anywho, this starts out fairly serious, and then transitions to an almost slapstick comedy as it progresses and things go silly buggers (that’s a Britishism; I know this because I’m very cosmopolitan). This was a peculiar hybrid of family drama, ghost story, world-gone-mad, zombies, and it was quite a bit of fun. Also, there was a fair number of boobies, so that’s a point in its favor. Overall, quite worth a watch, and another good entry in the UK horror catalog. In fact, it was so good, I accidentally watched it twice. 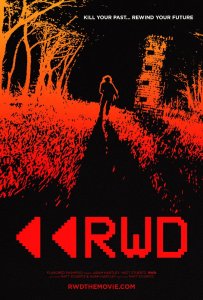 Two doofuses (doofi?) with a YouTube ghost-hunting show go to investigate a family’s haunted house out in the woods, but they got the date wrong and the family is out of town. So, instead, they wander around the woods and find an old silo with a creepy underground complex below it. They investigate the complex and decide to make their latest episode about it instead of the haunted house. While wandering, weird things begin to happen, they catch glimpses of people that look surprisingly familiar, and then some sort of weird sparkly stuff comes out of a laptop monitor and sends them… back…

This was an interesting take on the usual found footage ghost-hunter shows that are ubiquitous right now, mixing in some mind-bending sci-fi concepts that I shouldn’t talk about too much for fear of spoiling the fun. The actors are also rather amusing in their doofusness (doofosity?), and the tonal shift late in the movie from deadly silliness to deadly seriousness is handled quite well. Definitely worth a watch.