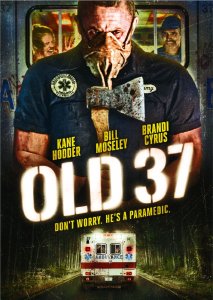 Or at least that’s what the description says. All I saw were a bunch of random events that seemed disconnected and nonsensical. This was directed by Alan Smithee, who I’m not all that familiar with, but apparently he’s made a LOT of movies over a long period of time, and they’re pretty much all bad. He must be like a hundred or something by now. Anyway, add another one to his “winning” streak!

The only good part was this one chick getting stabbed in her fake boob. And they were brand new too! That’s gotta suck. Also, Kane Hodder and Bill Moseley are in this, but unfortunately even they couldn’t save it from Smithee’s shaky hands.